Sometimes the Holy Spirit plants a seed in my mind for a sermon theme, and I can’t shake it. In fact, that’s what happened to me this week. Often, when that happens, part of me is really excited like, “Oooh, this is going to be great!” The other part of me is like, “Well, this is it. This is the thing that gets me kicked out of the church permanently.”

But as Jesus said, the Spirit blows where it will…and so the title of your Easter sermon is: “Oh, Hell No!” 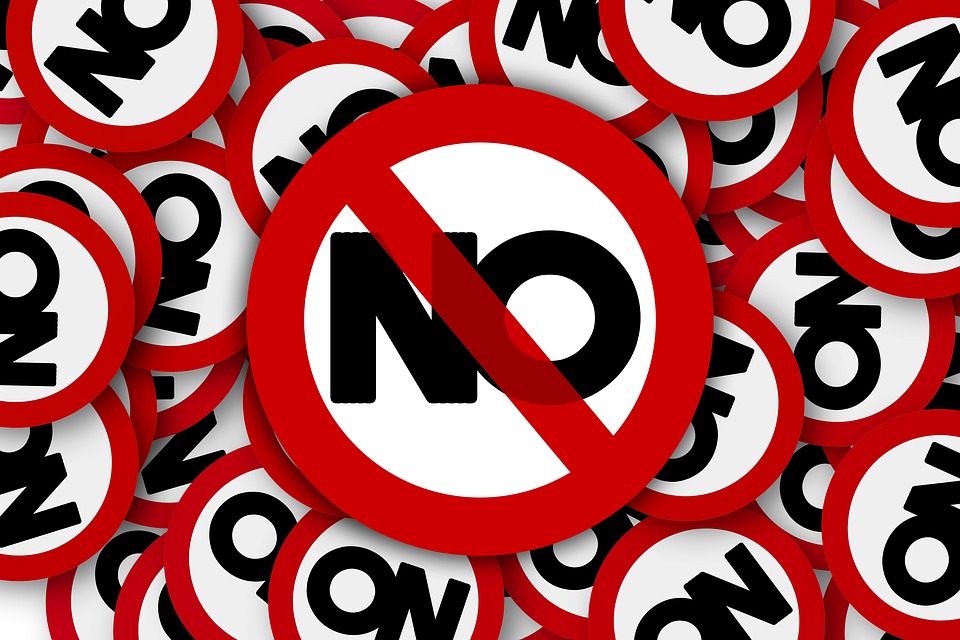 It’s okay, though. We said “hell” already in the call to worship. We’ve already started down this road. It is, in fact, a perfectly acceptable word to say in church. Now, a note for the children. Children and teenagers (I’ve got my eyes on you, youth group) – you may only use the word hell in church and only when you are talking about Jesus’ resurrection. That’s the only time. (Sorry, Parents. That may not stick. Just remember I tried.)

Well, I submit this as thesis statement: The resurrection of Christ was God’s decisive “Oh, hell no!” to the powers of death, violence, and oppression.

In the most literal way, the most popular conception perhaps, the resurrection is God saying “oh hell, no” to well, hell. If we think about hell as a sort of eternal separation from God after death, then Jesus’ resurrection says “Oh, hell no!” Quite literally. No hell. Not even death will separate us from God. Jesus’ resurrection was a sign and a promise to us that God has power even over death.

The chief priests pay the guards a large sum of money for telling this lie…and just for good measure, they throw in a little threat that they will be in “trouble” with the governor if they don’t tell this story. Of course, you really don’t want to be in “trouble” with the empire. See, the empire is the military and political force that literally colonized Jesus’ homeland, oppressed the poor and the vulnerable, (and in cahoots with the religious authorities), sent Jesus to the cross.

As theologian Barbara Brown Taylor puts it, “Jesus was not brought down by atheism and anarchy. He was brought down by law and order allied with religion.” The same powers that killed Jesus are threatening the guards if they don’t quash the resurrection story.

The empire killed Jesus because he was a threat. In fact, Jesus’ conflict with the corrupt, oppressive ruling powers started at very beginning of Jesus’ life. At the very beginning of this Gospel of Matthew, we have a story of King Herod and the magi. Well, it’s not some sweet Christmas story. King Herod actually tries to kill off Jesus when he is just a baby.

Herod had heard from the magi that Jesus was to be the new “King of the Jews.” Well, Herod was the King of the Jews, and he was not very interested in being replaced. So Herod institutes a genocide in order to try to destroy Jesus. But Jesus’ parents flee to Egypt, and Jesus survives.

Jesus survived this first attempt by the empire to snuff out his life. He survived to teach and heal and live out his mission. Jesus’ mission, to put it succinctly, was (and is) to stamp out the powers of hell and bring about the kingdom of God. His mission was and is to replace the empire system of domination and oppression and violence, (especially oppression of the poor) with a new system, with God’s kingdom of justice and abundance and peace.

Over in the Gospel of Luke, another gospel account, Jesus begins his ministry by reading from the Prophet Isaiah. One day in the synagogue, Jesus is handed a scroll, and he reads these words to the people gathered:

18 “The Spirit of the Lord is upon me,
because he has anointed me
to bring good news to the poor.
He has sent me to proclaim release to the captives
and recovery of sight to the blind,
to let the oppressed go free,
19 to proclaim the year of the Lord’s favor.”

And Jesus rolled that scroll up, gave it back to the attendant, and sat down. All eyes in the synagogue were fixed on him when he said, “Today this scripture has been fulfilled in your hearing.” (Luke 4:17-21)

So Jesus proclaims his mission statement. To confront the powers of hell on this earth…To bring good news to the poor. To proclaim release to the captives. To let the oppressed go free. And to proclaim the year of the Lord’s favor. That, my friends, is a reference to something called the year of Jubilee. And it means that all the land and money and slaves that had been hoarded by the empire and its collaborators would be returned to the people to whom it belonged.

No wonder the empire wanted to kill Jesus.

All the gospel accounts report this constant tension between Jesus and the empire – in collaboration with the religious authorities of his day. It reaches a fever pitch on Palm Sunday when Jesus rides into Jerusalem in a parade that makes a mockery of the Roman governor’s parade on the other side of town. While the Roman governor rides in on a war horse, Jesus chooses a humble donkey. While the Roman governor is surrounded by luxurious banners and symbols of opulence, Jesus is surrounded by peasants waving the palms they picked up off the ground. While the wealthy collaborators were cheering the Roman Empire who protected their position through power and violence, the peasants were crying out to Jesus to save them from the exploitation of the empire.

After Palm Sunday, Jesus flipped over tables in the temple, and the religious and secular authorities were afraid. They were afraid of his growing power and popularity. He was a threat to the pax Romana, the “Roman peace” that was kept through war and violence. So they did what scared empires do. They killed him…in a very public and humiliating way to make sure the people who followed him got the message: The only king in this town is Lord Caesar. The only kingdom in this country is the Roman Empire.

They crucified him on a Friday.

…and after the sabbath, as the first day of the week was dawning…

The tomb was empty, the women were frightened and joyous and courageous when they ran off to proclaim that Jesus was not dead. That Christ was in fact, alive!

The powers of hell had been beaten back… and beaten decisively.

And yet, even to this day, the powers of hell bubble up…and urge us to lie about what we have seen. They whisper in our ear a message of despair – that Jesus is dead, the kingdom is not coming, our lives are nothing, we can’t make a difference, and we might as well get as much as we can for ourselves, and to heck with everyone else.

And as people of faith, do you know what we say to that?

Even to this day, the resurrection is God’s “Oh, hell no!” to the powers of violence and oppression and domination and despair. We may not have seen them fully stamped out yet, but if we believe in the resurrection, we know their days are numbered.

We are a resurrection people, and we dare to join our voices and our hands and our feet…with God…to say “Oh, hell no!” to the death-dealing powers in our world.

We see people without enough to eat, and we say, “Oh, hell no!”

We see the exploitation of women & children, and we say, “Oh, hell no!”

We see domestic violence and political violence, racism that pits one group against another, queer people bullied and harassed, and we say “Oh, hell no!”

Because we are resurrection people, formed in the image of the one who rose – the one whose name and nature is Love. The Risen Christ is nothing less than the first-born of kingdom of God. He is the first one who was raised to new life in a world where hell is defeated and God reigns.

And is that new life just for him?

It is a gift for all of us…and the whole world.