Our scripture for today is a fascinating text. It’s this scene featuring Jacob. Now, Jacob is the star of a rather long series of stories in the book of Genesis. You might be familiar with some of Jacob’s story, and knowing a bit about Jacob provides important context for the scene we heard about today.

When Jacob is born, he is a twin. This seems appropriate because we have at least six sets of twins in this congregation – and I have confirmed three of them in my time here! Jacob’s twin’s name is Esau.

That’s how Jacob gets his name, which can mean “he takes by the heel” or “he supplants,” meaning he usurps, or he takes the place of someone else. This defines his early life.

Years later, with the help of his mother Rebekah, he really lives into this name. Jacob dresses up in hairy goatskins in order to steal Esau’s birthright and blessing. He does this because Esau was hairy, and his father Isaac was visually impaired. You might know that story, and perhaps you have wondered like I have how Isaac could have possibly been fooled by this trick because last I checked even really hair men don’t feel at all like goats…but I digress.

However unlikely, the story says Isaac was tricked and gave Jacob the blessing that properly belonged to his older brother Esau. This made Esau understandably angry – so angry, in fact, that Esau vowed to kill Jacob.

So Jacob ran away to another country. There, first he married Leah, then he married Rachel, and then in usual Hebrew Bible fashion, he had children with both of them and their handmaids, Bilhah and Zilpah.

Eleven children later, he got into some trouble with his father-in-law, and God told him it would be best if he went back to the land of Canaan, the promised land from which he came. Unfortunately, that’s where his brother Esau was living and presumably waiting to kill him.

So that’s the whole prelude to what happens in the scripture we just heard. In our scripture, Jacob has sent his wives and children and all of his stuff ahead of him, and he is alone. It is night. There are no street lamps, and we don’t know the state of the moon. Suffice it to say, it is dark. Jacob both feels and is vulnerable…and he probably is afraid.

At that very dark, scary, vulnerable moment, someone grabs Jacob.

Given the context of the story, Jacob might have feared it was his brother Esau, come to finally make good on his murderous promise. But he comes to understand that this stranger is none other than God in human form.

God wrestles with Jacob, and Jacob wrestles back. God is not particularly gentle here. Okay, God is not gentle at all. God strikes Jacob’s hip, and it puts the joint out of its socket. One doesn’t just dislocate a hip easily, like one might dislocate a shoulder playing sports. In fact, it usually takes a car accident, or an industrial accident, or maybe a fall from a high ladder to dislocate a hip. It takes a whole lot of force to jam one’s femur of one’s hip joint.

God says, “You shall no longer be called Jacob, but Israel, for you have striven with God and with humans, and have prevailed.” God gives Jacob his true name as one who struggles with God, which is who Jacob really is, not who someone else defined Jacob to be. Then Jacob turns to God, and says, “Please tell me your name.” Jacob wants to know God, wants to know who God is, and when Jacob asks God’s name, that is when God blesses him.

I think our Methodist tradition gives us a great tool for wrestling with God. In fact, I joked with our confirmation students that, if they remembered nothing else from confirmation class, I wanted them to remember this. I will extend that to you as well…if you remember nothing else about our Methodist tradition from me, I want you to remember this. It’s a handy-dandy tool called the Wesleyan Quadrilateral.

As you might know, historians and theologians talk about our founder John Wesley as having utilized “The Wesleyan Quadrilateral” in his theological reflections. The parts of the Quadrilateral are like lenses that Wesley used to think about topics from the perspective of faith.

Now, I’ve preached and taught about this before, but it’s been awhile…so I know some of you haven’t heard this yet. But some of you definitely have! So here’s your chance to show off what you know!

First question: how many parts does the Wesleyan Quadrilateral have? 4. (Right, you don’t have to be Methodist to know that – just have to know that quad means four.)

Okay, doing well so far. Can any of you tell me the parts? I want to give you a hint! Three years ago, our intergenerational confirmation class figured out that we can use the acronym REST to name the parts.

Can we see that first sermon slide, AV Team? 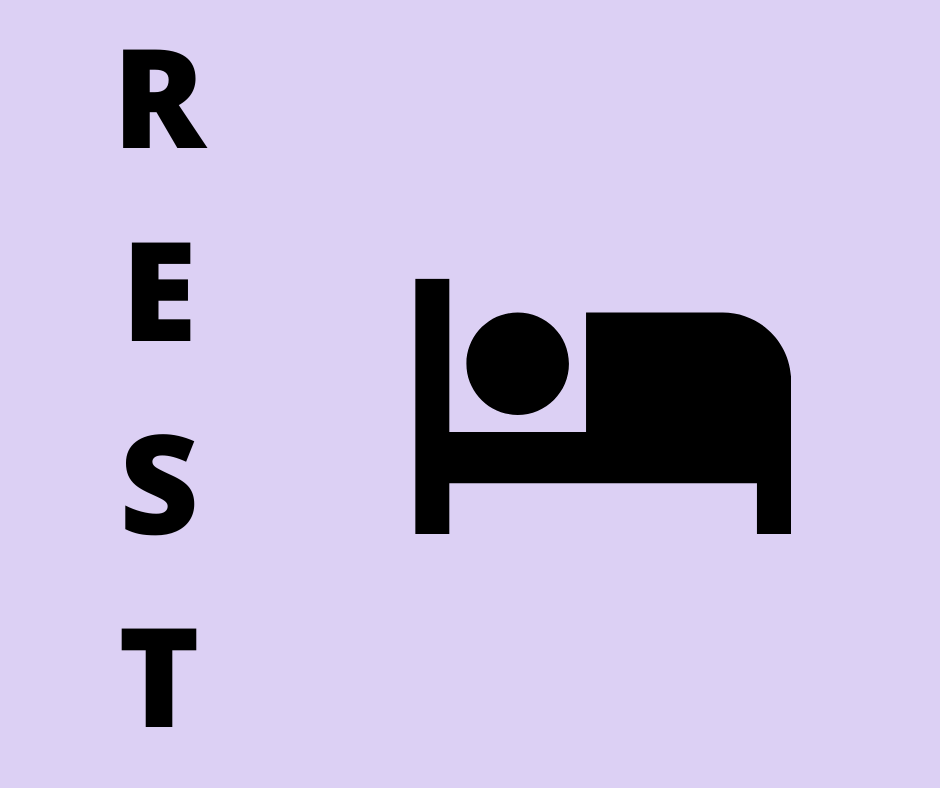 Right – Reason, Experience, Scripture, Tradition. Those are the tools that Wesley used to look at any topic and decide what he should do about it from a faith perspective.

Okay, let’s repeat them out loud. Remember REST. So

Great. Wonderful. Now I love a good acronym. Acronyms are very helpful for us to remember things. However, I have never been entirely comfortable with this REST acronym.

That’s because the Quadrilateral does not really invite us to rest. It does not invite us to just comfortably assume that now that we know the quadrilateral, we have all the answers. We can just put our theological feet up for the rest of our lives. It’s quite the opposite of that. The Quadrilateral invites us into the hard work of wrestling with God.

So I fixed the acronym. Can we see the next slide? 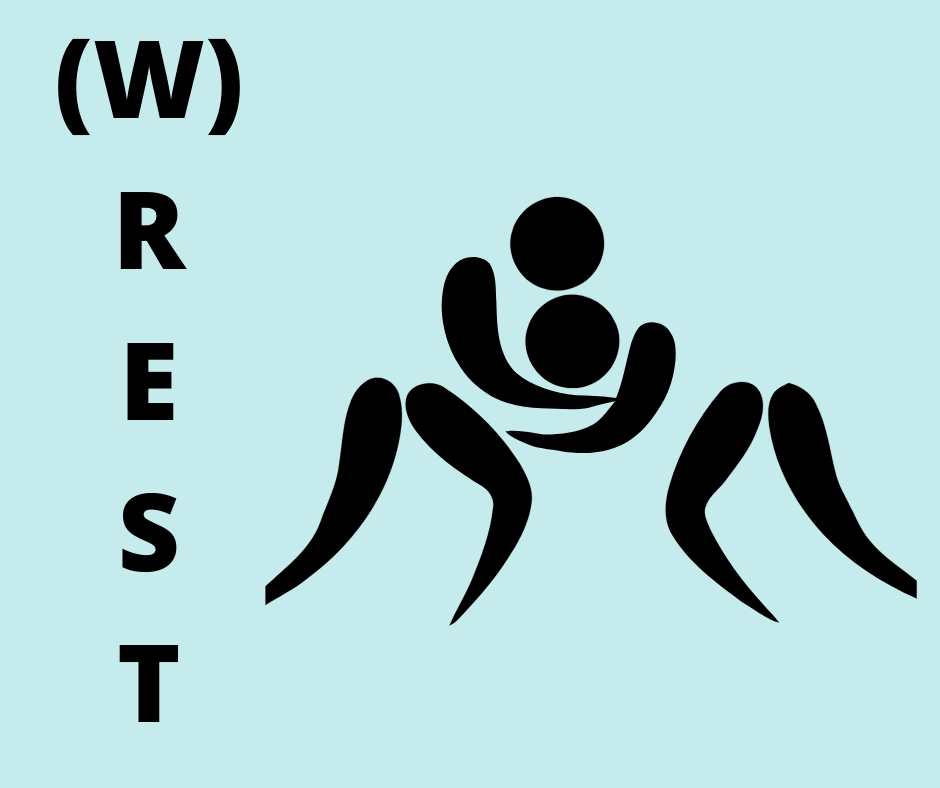 Like Jacob, we have to wrestle with God. Life is hard, and faith is complicated. We can’t just memorize a bunch of prayers or facts or songs and then think we have it all figured out. We have to be willing to study and pray and ask questions. We can’t just take the faith someone else has handed to us or the identity that has been given to us; we have to wrestle with God ourselves.

That is what we did in confirmation class, and it’s also something that all of us will do all of our lives. It’s what keeps ours a living faith instead of a dead faith. Wrestling with God is what allows us to know God’s name, and maybe even more importantly, it allows us to remember that God names us.

If we think of Jacob’s story, we know that the world gave him some negative names. He was the less-important second born son. He was the usurper. He was the one who was NOT chosen, not special.

You know that, throughout our lives, that can happen to us. We can be named by the world as less-than or not-good-enough for so many reasons. If we hang onto something beside our faith, we might just start to believe what the world would call us.

But when we wrestle with God, when we use all our strength and resources to know God. Even when we question God, we always find that God gives us one particular name…and that is “Beloved.” Exactly as who you are, beloved exactly as who you were created to be. You don’t have to be anyone else. You belong to God.

And we, the church, who welcome our confirmands today…we are God’s Beloved Community. So – confirmand or not – you are welcome here, however you grow and whoever love, with all of your faith, and all of your questions. You can wrestle with God here.

Because God won’t let us go…and we won’t let God go either.