If you’ve been following our church social media this week, you might know that heroes have been on my mind. We love heroes in our culture, right? We love heroes so much that we write pop songs about heroes.

Who are my pop music nerds out there? Here’s a quiz for you. What are some songs with the word “hero” in the title? (And, no, you cannot use the one I talked about in Friday’s e-newsletter. That’s mine.)

Here are some answers I know about:

Holding Out for a Hero – Bonnie Tyler

That’s probably enough for you to get my point.

Now, the hero song that always comes first to my mind is the one by Tina Turner from 1985: “We Don’t Need Another Hero.”

This is probably the most cynical of the hero songs I’ve encountered. Nobody wants their pastor to be cynical, right? It’s a bad look for a pastor. But I can be cynical. Specifically, when it comes to making heroes out of people, I can be cynical.

Let me be clear. As a pastor, I’m not cynical about the work that God can accomplish in us and through us and sometimes even in spite of us. But I am cynical when we elevate human heroes so that we can put God’s work and our work on someone else’s shoulders.

According to today’s scripture, we definitely do not want to be heroes, and we don’t want to be encouraging other people to be heroes. Heroes, by definition is “a person who is admired for great or brave acts or fine qualities” [1]. That’s why the phrase “unsung hero” exists. Nobody ever talks about the sung hero, right? By definition, heroes are acknowledged. We sing about heroes…see all those hero songs we just named. If that doesn’t convince you, just go to Google news, and type in the word “heroes”. You will see people we call heroes sung all over the place.

But in today’s scripture, Jesus tells his disciples how they should do two things: how they should practice two parts of traditional Jewish piety. He’s talking about almsgiving and prayer. Almsgiving is giving money to the poor out of a sense of religious observance. It is done as an act of mercy and an act justice…it is both to help the individual poor person who will receive the alms, and it is also to help fix the brokenness of the world. Poverty means there is something wrong in God’s world which should be one of peace and abundance for all people. Almsgiving was one way to correct that wrong.

What does Jesus say about almsgiving? How are we supposed to do it? That’s right. In secret. It is supposed to be only between us and God. In fact, there is a hint of threat in this scripture. Jesus says of the people who sound a trumpet to make sure everyone knows about their almsgiving: “They have already received their reward.” In other words, if you have gotten praise for your good works from people, then you risk losing the reward for your good works that God has in store for you.

Then Jesus says the same about prayer. Those who pray on the street corner so everyone can see them and praise them for how wonderful they are: “They have already received their reward.”

Commentators tell us that this passage is all about having the right motivation when we do works of mercy or justice or when we pray. We should be doing those things because God has called us to do them, not because doing them will make us look good to others.

So this brings me back to heroes. If people are supposed to do their good work in secret, and heroes are people we shine the light on and put up on a pedestal and be like “hey – look at the hero!,” we are not doing people any favors by making them into heroes. By Jesus’ standard here anyway.

Now, do not get me wrong. This doesn’t mean that we shouldn’t thank those people we often name as heroes. We definitely should thank each other when we are recipients of someone’s compassion or love or generosity or hard work. But I think there is a difference between authentically thanking the fully human person in front you and making them into a hero.

In fact, when I asked you to name people who we sometimes call heroes on Facebook this week, I could tell from your responses that you were motivated out of genuine gratitude for all of those people. I’m going to name some: convenience store workers, mail carriers, back of the house stage workers, military personnel, firefighters, law enforcement, EMTs, pastors, utility workers, healthcare workers, teachers, school counselors, social workers, customer-service representatives, farmers & ranchers, folks who work in “people helping people” jobs like Together, Siena Francis House, Refugee Empowerment Center and more.

I know that it is possible to call those folks heroes and truly acknowledge their full and complex humanity, including their limitations. But I’m afraid that sometimes, when we put the label “hero” on someone, we rob them of their humanity. Suddenly, we expect them to be stronger and more resilient and more powerful than mere mortals when, in reality, they are still just human beings.

I am grateful that each of them was willing to serve.

I want to share with you some words written by Rita Nakashima Brock and Gabriella Lettini in their book Soul Repair: Recovering from Moral Injury after War, “Veterans often return to self-imposed and socially imposed pressures to ‘put the war behind you and move on,’ or they find their humanity challenged because they served in the military. Perhaps even more alienating is hero worship or the formulaic ‘thank you for your service’ that meets the needs of those unwilling or unable to listen to their complex experiences.” [3]

I propose that God’s dream for the world requires very, very few heroes. When the world looks like God’s intention for creation, we won’t need humans acting in superhuman ways.

To say the obvious, one way to have less heroes is to commit fully to peacemaking first and to war as the absolute, truly, and last resort. When our commander-in-chief responds to an attack by saying “We will not forgive. We will not forget. We will hunt you down and make you pay,”[4] that is not a reflection of peacemaking first and war as a last resort. It might play well on certain news channels and make an effective soundbite for future political campaigns, but it is not the way of Jesus.

Another way we can have less heroes is by addressing the systemic issues that create unnecessary heroes in the first place. I mean, teachers are invaluable because they do the hard and critical work of loving and educating our community’s children, but they should not be heroes because they are buying all of their own classroom supplies. We should be making sure kids in every school in every district have the supplies they need – not making teachers be heroes because of their low pay and insufficient resources.

In the wake of hurricanes and wildfires, we can have less heroes by starting to address the reality of climate change that has increased the number of natural disasters. We can also reduce the number of heroes by evacuating when we are told to evacuate (unless impossible due to physical or financial reasons). 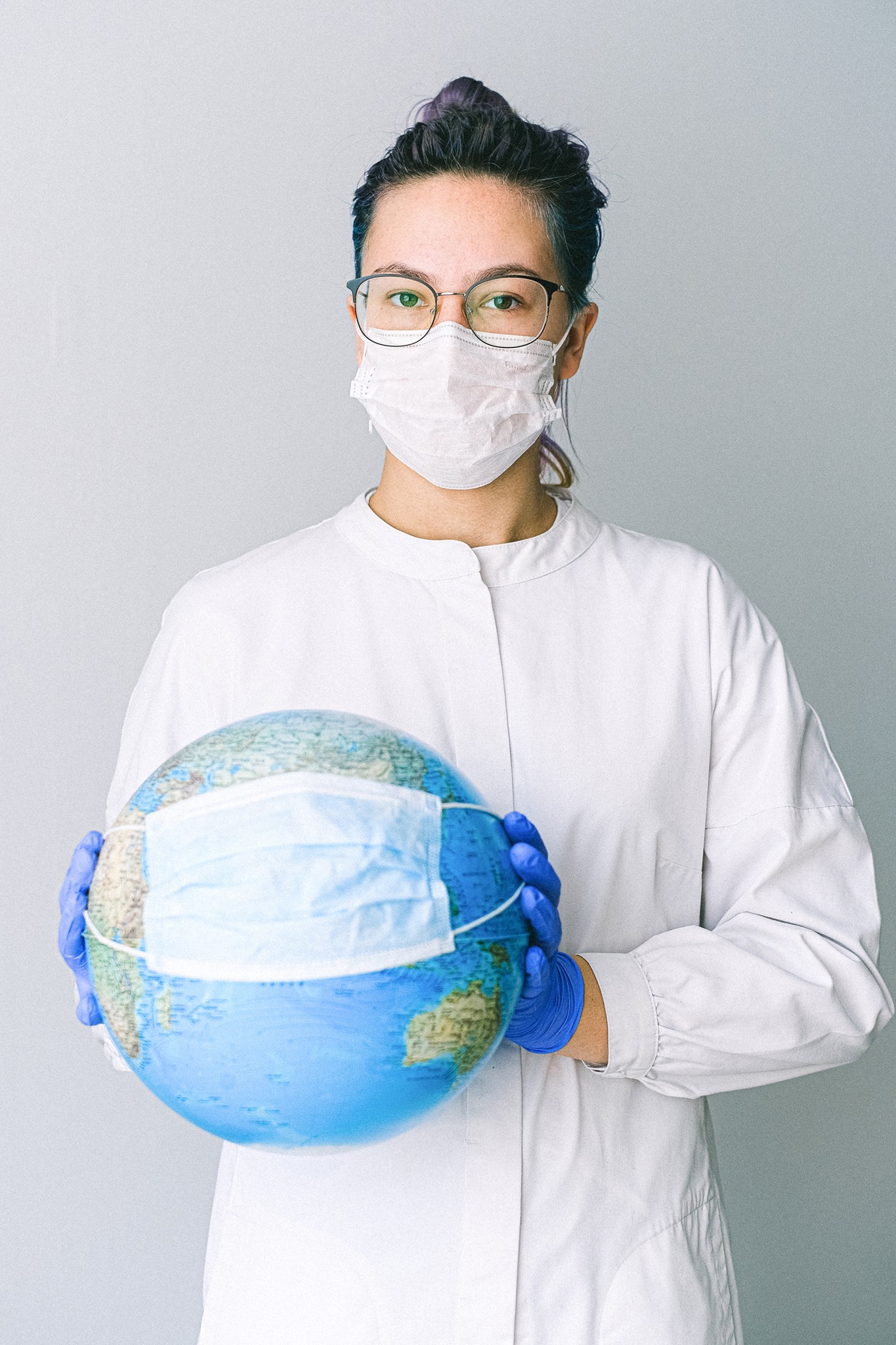 Finally, we don’t need anymore health care heroes. Sure, they were our heroes in the first days of the pandemic, when we didn’t know how to mitigate the spread and we didn’t have a vaccine. Friends, the fully human, flawed and fragile people who work in health care are tired. They shouldn’t have to be the covid heroes anymore. Get the vaccine. Wear a mask. Social distance…because not only do I want to keep health care workers from having to be heroes…I don’t want to lose any of you to something that is now almost entirely preventable.

I know I’m supposed to be talking about prayer today, so we will end with that.

Praying for wisdom is not about “help me to have the very special and unique insight to change the world all on my own.” It’s about asking for everyday wisdom: how I can I make small decisions in my life (in what I buy, in what I do, in how I treat others, and yes even in how I vote) that will help me do my part in making the world more like You dream it to be?

The work of transforming the world doesn’t belong to heroes. It belongs to God who works through every one of us.