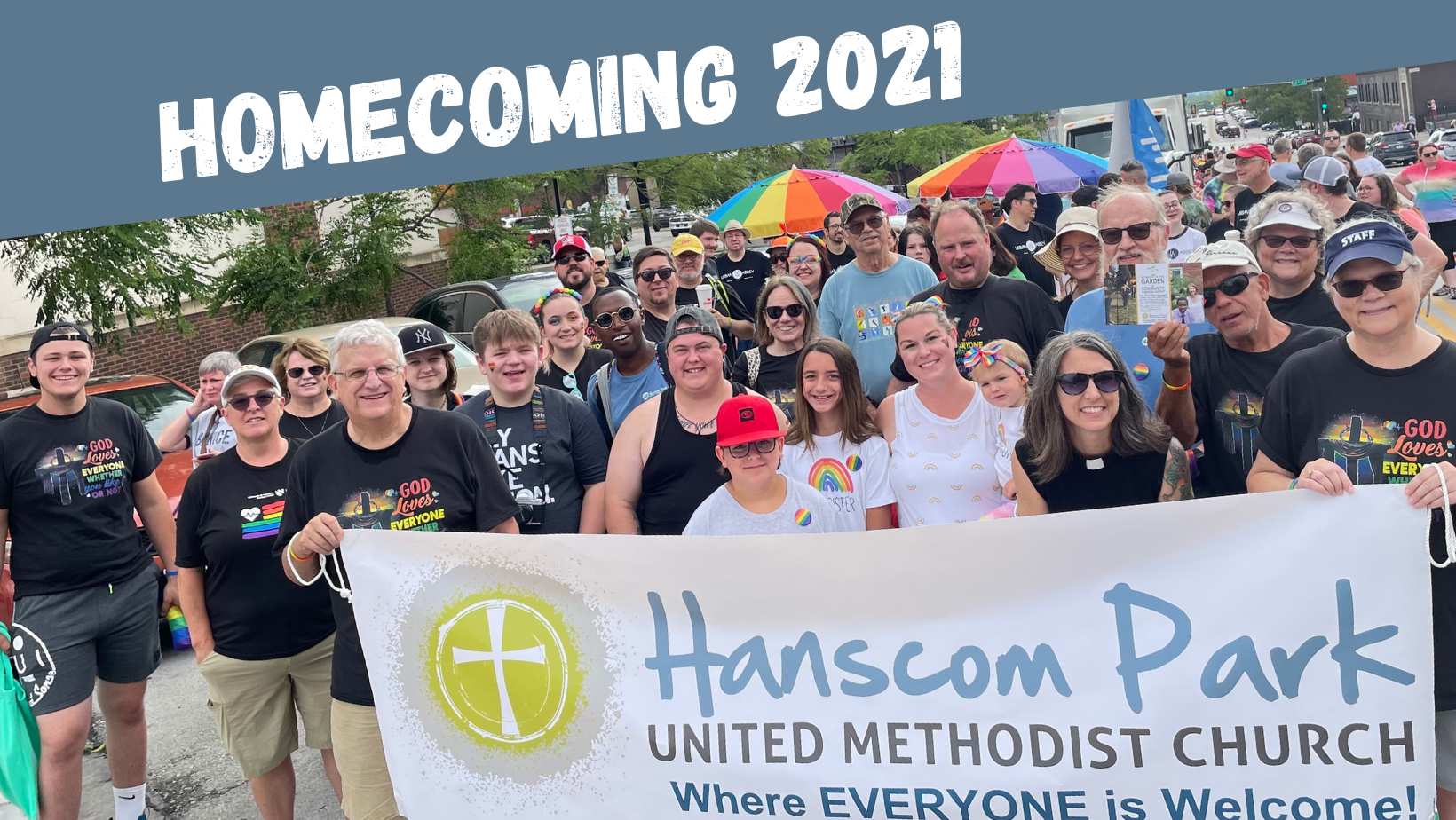 That’s because you know I love a good story about a woman in the bible. Unlike many women in the bible, this woman actually has a name…two names in fact. Tabitha would have been her name in Aramaic or Dorcas in Greek. Not only does Tabitha/Dorcas have a name, she is called, in Greek, a mathetria. That word, mathetria, means disciple. It’s the feminine version of the Greek word for disciple that is used everywhere else in the New Testament. Here, we have a woman specifically named as a disciple of Jesus.

So why have I been avoiding preaching on this scripture? Y’all know I tell you the truth, right? I always do. Okay, so the reason I have been avoiding this scripture is it raises uncomfortable questions about why God seems to be able to miraculously heal some people – in this case even raise them from the dead – and yet there is sickness and death all around us. It raises the very hard question of why is there suffering? And why do some of our prayers seem unanswered? Those are hard questions, right?

Well, I have bad news. I’m not going to answer those questions today. I’m actually not going to answer them until next week. That’s the topic for next week: unanswered prayers. I swear this is not a ploy to trick you into coming back to hear what I have to say about that. But I do want to ask you to just set those questions aside, and I promise you we will talk about them on September 19th.

Today, I want us to try to hear this story, like I believe we are meant to hear many stories in the bible, metaphorically. It is a story of death and new life. I want to ask, “What does it mean to move from death to new life when we are not talking about a simple physical resuscitation?” Will you go this direction with me? Great.

So let’s rehearse this story again. There is a woman in Joppa named Tabitha. What do we know about Tabitha? Is she an unrepentant sinner and a bad person who doesn’t care about other people? She is NOT! No, the text says she was devoted to good works and acts of charity. Well, Tabitha gets sick and dies. Now, because she was such a beloved member of her community, there are people around who are very upset about this. They are caring for her body. But they had heard that Peter had the power to heal people (St. Peter, not Pastor Peter), so they decide to send two men to bring Peter to Tabitha.

The text says that Peter got up and went with them, and when he arrives he meets these widows who are weeping and showing Peter the clothes that Tabitha had made for them. They had been cared for by Tabitha. These clothes were the fruit of her good works. I imagine the room is pretty crowded at this point. We’ve got Peter, the two men who brought him to the women, all the widows, and of course, Tabitha in this one room.

Peter sends everyone out. It’s just him and Tabitha.

Peter kneels down. He prays.

Then he turns to the body, and he says, “Tabitha, get up.” With a hand from Peter, she does.

Now I noticed in this story, that it says Peter “gets up” to go help Tabitha, and then he says to Tabitha, “get up.” It made me wonder about the connection between the everyday experience of getting up and the very-much-not-everyday experience of rising from the dead. But we know we can’t trust the English here because these texts weren’t originally written in English. So, I looked at the Greek…the original language in which this story is written.

What I found – I was very excited about. I was so excited in fact, I ran into Pastor Peter’s office. Pastor Peter can vouch for me. I was excited.

I said, “Guess what? It is used two different ways in this scripture. First, it’s used to mean to get up – like to get up out of bed in the morning. Then it’s used to mean rise up – like to rise up from the dead!” Luke (who wrote both the Gospel of Luke and the Acts of the Apostles) uses the same word to talk about just getting up in the morning and rising from the dead.

So I then I ran back to my office, I did some more research, and I came back with a list. I’m like “Pastor Peter! Luke uses this word all the time!” Right at the beginning of the Gospel of Luke, Mary “arose” to go tell Elizabeth the good news of her pregnancy with Jesus (Luke 1:39). Anistēmi! Jesus – in the synagogue – when he was about to make everybody mad by saying that he was the one that the Prophet Isaiah was talking about – he “stood up” (anistēmi!) to make that declaration. (Luke 4:16)

Now this is interesting! Those who didn’t appreciate Jesus also “rose up” (anistēmi) to run him out of town and throw him over a cliff (Luke 4:29). Levi, the tax collector, when invited to follow Jesus…what did he do? He arose! Anistēmi! Almost every time Jesus heals someone in Luke’s gospel, it says that they arose (anistēmi!). When folks are trying to figure out Jesus, they think maybe he was one of the old prophets like Elijah that arose (anistēmi). (Luke 9:19)

Finally, there is the most familiar use of this word in the Christian story. Luke also uses it again and again as we journey with Jesus to his crucifixion. Luke writes, “They will scourge him and kill him. And the third day he will rise again.” Anistēmi. (Luke 18:33)

As Christians, we claim the power of resurrection. We talk about dying and rising with Christ. Anistemi. We die and rise with Christ. Often, we think about this as something that happens at the end of our lives. But anistēmi happens all the time.

We die and rise with Christ daily. Like Mary, when we consent to God’s work in us and through us. Like Jesus, when we courageously stand up and let the world know what God has called us to do. Like Levi, when we leave our old lives behind and follow where Christ leads. Like the prophets rise up. Even when we are working SO HARD to meet other people’s needs, and we are beaten down and it feels like death and like we can’t go on, like Tabitha, we rise up.

Anistēmi. It is the gift and promise of Jesus. In the Gospel of John, Jesus says, “I have come that you might have life and have it abundantly” (John 10:10). The resurrection life doesn’t start later. It starts now.

It starts when you rise up…and confront that whatever is death-dealing to you and the world. The toxic relationships. The addiction (whether it is to substances or gambling or sex or work or the approval of others). The unjust systems (whether it is racism or sexism or classism). The judgmentalism (the judging of others and yes of yourself). The apathy (in the face of poverty and suffering). And the myth that you are in this alone.

You are not alone. It’s also not just you and Jesus. Tabitha has Peter and the widows and those two guys who go to get Peter. (I couldn’t even write this sermon without Pastor Peter’s help.) We need Jesus, and we need each other. We need each other in the church. We need each other’s prayers. We need to encourage one another to rise up and seek the help of even more people: of doctors and therapists and AA groups and organizations that seek justice because we can’t change the world all alone. We will rise up together.

In just a moment, we are going to hear the offering song. It is called, “A Mother’s Prayer.” As most of you know, I am a mother of a 16-year-old named Ruby. Like Peter prayed for Tabitha, my prayer for my daughter is anistēmi. Rise up. It’s the very same prayer I pray for myself and for every one of you.

Will you pray with me right now?

May you rise up.

May you be set free

from death-dealing scarcity and anxiety

from self-centeredness and hopelessness

from grief and pain

In the midst of everything that threatens

to hold you down

May you rise up

Rise up with Christ

a life of abundance

a life of peace and joy and love

and most of all –

A life of hope.

May you rise up.