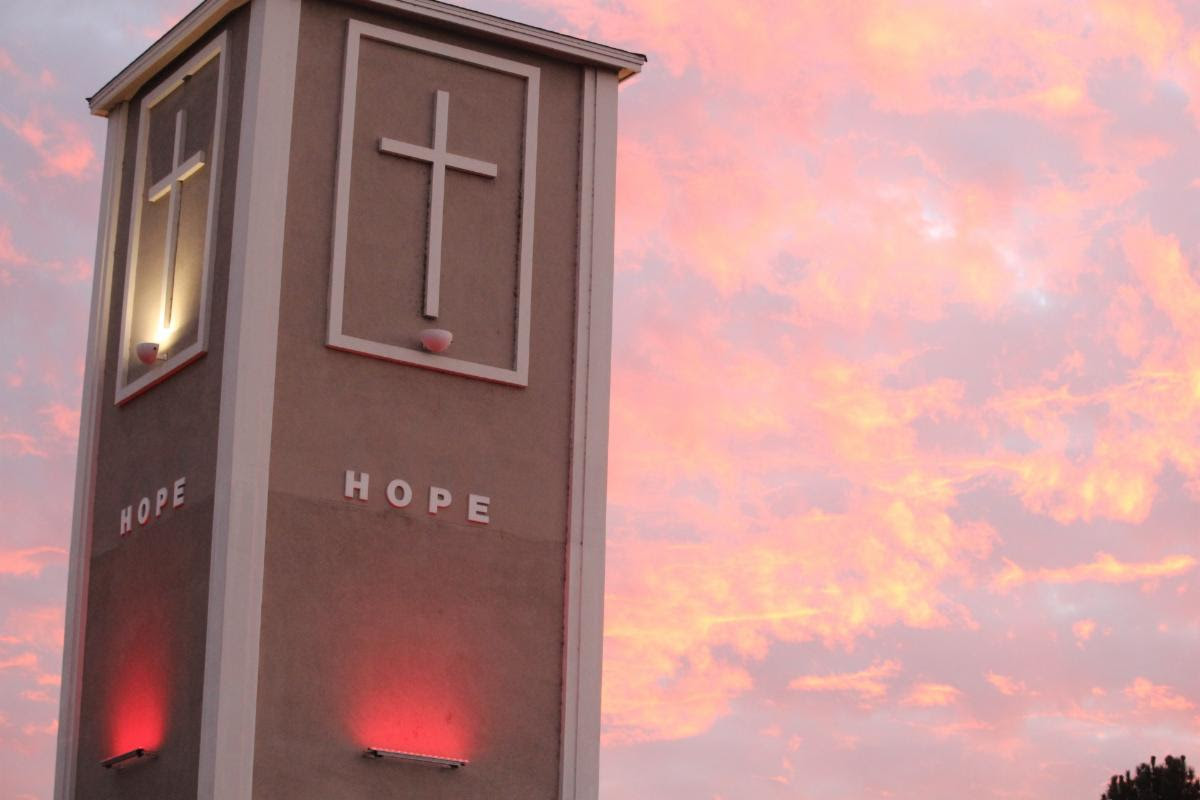 This week, like last, we are going to start with a scene from the book Tuesdays with Morrie. The year was 1995. After his diagnosis with ALS, Morrie had become an inspiration to the people around him. Morrie refused stop living even though he was dying. As we discussed last week, he did not hesitate to look suffering and death right in the face. Morrie still could embrace gratitude and joy. One of Morrie’s friends wrote an article about him that was published the Boston Globe newspaper. This article got the attention of a producer from the national television news show Nightline.

Before Morrie knew it, Ted Koppel (a famous TV journalist) was sitting down in his living room.

Morrie began the interview. I want you to hear the scene as it is written in the book:

“Tell me something close to your heart,” [Morrie] said.

Koppel studied the old man. “All right,” he said cautiously, and he spoke about his children. There were close to his heart, weren’t they?

“Good,” Morrie said. “Now tell me something about your faith.”

Koppel was uncomfortable. “I usually don’t talk about such things with people I’ve only known a few minutes.”

“Ted, I’m dying,” Morrie said, peering over his glasses, “I don’t have a lot of time here.”

We don’t have a lot of time here. The countdown continues. Four weeks of you getting to listen to me yammer on at this music stand. That’s not a lot of time at all.

But, as you probably have noticed, this sermon series is not just about the time I have left as your pastor. It’s about the time we all have left on this earth, in these bodies. That is not very much time. Cosmically-speaking, our human lives are a blip on the radar. Maybe you are young and thinking, “Pastor Chris, what in the world are you talking about? Time drags by so slowly.” Or maybe you are getting older like me, and you can feel time moving more quickly every day.

Maybe like me, when you were growing up, you learned the lesson that I also bet Ted Koppel had learned. That lesson was: “We don’t talk about faith or politics with people we don’t know VERY well.” So maybe you have or maybe you do spend a lot of time talking about and maybe about thinking about things that don’t matter very much. I know we do this with the best of intentions. We are worried that if we talk about what we really think about things, we might find we have disagreements. That makes us nervous.

Ironically, even in church sometimes, I think that make us not want to really dig into the truth about our faith. But I need you to know…that in my seven years as a pastor, and 13 years as a very active Christian who has been in countless small group discussions and had countless faith conversations over coffee, I have come to believe not there are not two people in this room who understand or would explain their faith exactly the same way. That is okay. Because we are about being in relationship with a living God, a God who is ultimately beyond all our understanding. So faith is not AT ALL about memorizing the one formula that will get you saved, the one formula we all have to say in just the same way. It’s so much more than that.

As Christians, we really can’t avoid this question. At all. The physical symbol of our faith is a cross. Have you ever thought about how strange that is? That a religion would pick the instrument of the death of its deity and savior to be the symbol of the faith?

That is definitely something unique to Christianity. There is something utterly deep and defining about the cross and Jesus’ crucifixion for our faith.

Now, I’m going to ask you a question. I’m not going to ask you to answer this. I just want you to think about it. If someone asked you to tell them, “What does the cross mean to you?” What would you say?

Now, I will tell you that when I was a child, I was given a rote answer for this. Somebody else told me that this is what your answer should be. That answer is: “Jesus died on the cross for my sins.”

I’m not going to lie. As a child, I found this very confusing. My sins, at their very worst, amounted to occasionally hitting my brother, who for the record, totally deserved it.

Even as I grew up, this pat response to the question of why does the cross matter didn’t make sense to me. “God is love,” they told me. “Perfect love casts out all fear,” they told me. “God is all powerful,” they told me. So why did Jesus have to die in order for God to forgive my sins? Couldn’t God have just done that without having to hurt somebody? It did not help that my trinitarian theology was pretty loose. The Father God was very separate from the Son God, and this God sending his Son to die business pretty much looked like divine child abuse.

Well, eventually, I went to seminary, and I’ll be darned if I didn’t learn that this conception of Jesus’ death on the cross as a “substitutionary atonement” for my sins didn’t arise in the Christian tradition until at least 1,000 years after Jesus’ death. The most legalistic and transactional version of this theory, called “penal substitutionary atonement” didn’t really get hashed out until the Reformation in 16th century.

I use the word transactional because in this theory, Jesus’ work on the cross is understood as a kind of trade-off. Imagine, if you will, a ledger that is trying to be balanced. On one side of the formula is all of humanity’s sins. That’s the debt that is owed to God. That debt can only be paid for with the life of one perfect, fully human and fully divine being. That would be Jesus. So somehow when Jesus died on the cross, the debt was paid, and that is why we all get to go to heaven. That’s “penal substitutionary atonement” in a nutshell.

Eventually, my trinitarian theology tightened up. Jesus and God (and the Holy Spirit of course) are always One. So the God who died on the cross gave Godself for us – not some victim, some vulnerable son. That helped. But I confess that this explanation of what happened on the cross on its own didn’t capture the fullness of faith for me. I do have faith that when I die, I will live on somehow in the eternal presence of God. But if that’s all the cross is about, then why is my life transformed now?

Luckily, there are many other ways in our tradition to understand Jesus’ work on the cross that have helped me sort this out. I don’t have time to explain all six (maybe seven depending on who is counting) of them. But I can share with you where I’ve landed. Or rather where I am right now because I want to help you grow in your understanding just as I keep growing  – in mine.

So when I think about the cross, I think about Jesus’ saving work on the cross. The question of the cross to me is connected to the question or salvation. What does it mean to be saved? You definitely heard me preach on this before. Our salvation does not begin when we die. We do not wait to experience new life in Christ until after we die. Salvation starts now. Methodist Founder John Wesley talks about this when he writes about salvation. “It is not something at a distance. It is a present thing, a blessing which, through the free mercy of God, ye are now in possession of.” We are saved now and being saved day by day.

So what are we being saved from? Let’s go to today’s scripture to talk about that. In it, we have this story of Pilate asking the crowd who should be crucified: Jesus the Christ or this prisoner named Barabbas. Now Barabbas was understood to be a violent revolutionary. The text says he was arrested alongside murderers.

Pilate gives the crowd a choice. We are invited, I think, to see ourselves reflected in the crowd here. The crowd has this choice. They want their power back. They want to get rid of the Roman Empire. They have been expecting a Messiah, a Savior, who would overthrow the government. So they have to choose. Which of these saviors do they want?

The choice. Barabbas – the way of violence and domination through fear. Jesus – the way of love where power comes through weakness.

The crowd chooses Barabbas. Even though this Jesus guy caught their attention and allegiance right up until this defining moment, when it came right down to it, the crowd chose the way of violence. They wanted their land back, and they were willing to align themselves with those who would kill for it.

In order to justify that, they had to get rid of the one who reminded them of who God was and what God would have had them do. They shouted, “Crucify him.”

Friends, what looks more like Jesus…the story of Malala or the story of violent insurrectionists? Where do you see Christ at work more…in the story of a young girl standing up for other young girls seeking education to better themselves… or in the machine guns of the extremists who would use violence to force everyone to believe how they do?

When Jesus died on the cross, he wasn’t just another violent insurrectionist stamped out by the Roman Empire and forgotten the next day. Jesus lived, and he lives now…in us and through us and beyond us, the God who stands in solidarity with the oppressed and who uses the power of nonviolence to transform the world.

That’s what the cross means to me.