Cupbearer to the King. That’s Nehemiah’s job title. It is a sweet gig. It means that Nehemiah lives in the palace in Susa, the capital of the Persian Empire. He King Artaxerxes’s right-hand man. He is a trusted counselor. He has money and power and influence. The job does have one small drawback. The cupbearer tastes all the king’s food and drink before the king touches it. You know, in order to make sure it is not poisoned. Hey – all that power and money and influence doesn’t come for free.

But the text gives no indication that Nehemiah is unhappy with his role. While he is a Jew, a member of the people of Israel, he has likely lived in Susa his whole life. This was well outside of Israel: some 900-miles…a long journey in ancient times. Still, he is concerned about his people. In fact, Nehemiah’s memoir begins with him receiving news from his brother about the state of the land of Israel and the city of Jerusalem.

Things had recently been looking up for the Israelites. That’s in contrast with what was happening about 100 years before Nehemiah when things were not so good. At that time, the Babylonians had conquered their land, destroyed the holy city Jerusalem, and burned down the temple. To make sure there wasn’t an uprising, they sent all of the wealthy and powerful families of Jerusalem into exile. There was nothing left of Jerusalem but rubble and peasants.

But, empires fall, and the Babylonians fell to the Persians. And the Persian King Cyrus had a policy of allowing conquered people to stay on their land and practice their own religion – as long as they paid taxes to the empire. So the Persians allowed the exiled Israelites to return. Cyrus even allowed them to rebuild the temple.

When that happened, there was so much hope about the restoration of Israel. A prophet named Zechariah, in this Second Temple Period, declared that God had a new vision for a restored Jerusalem and a restored land of Israel (which Zechariah calls Zion). Here is his vision:

3 Thus says the Lord: I will return to Zion, and will dwell in the midst of Jerusalem; Jerusalem shall be called the faithful city…Old men and old women shall again sit in the streets…each with staff in hand because of their great age. 5 And…the city shall be full of boys and girls playing in its streets.

6 Thus says the Lord of hosts: Even though it seems impossible to the remnant of this people…should it also seem impossible to me?…I will save my people from the east country and from the west country; 8 and I will bring them to live in Jerusalem. They shall be my people and I will be their God, in faithfulness and in righteousness. (Zechariah 8:3-8) 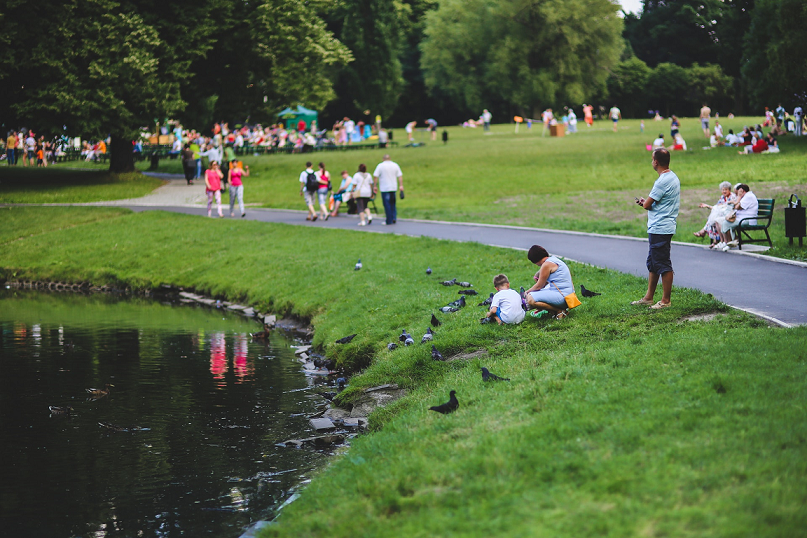 So when Nehemiah’s brother showed up with news from Israel, Nehemiah was probably expecting a report like the vision of Zechariah: of a city so safe that even the oldest and youngest citizen could gather in the streets and be secure. But this is not what his brother reported at all. His brother tells Nehemiah that the people of Jerusalem “are in great trouble and shame; the wall of Jerusalem is broken down, and its gates have been destroyed by fire.”

Yes, the temple was rebuilt. But the city was still a physical and moral mess.

Having no city walls meant that there was no security in the city. It was dangerous, and the wealthy people who had returned were exploiting the poor people who had never left. People weren’t coming back from the east and the west. No one wanted to live there. It was the opposite of the community of peace and prosperity that God had promised through Zechariah and so many other prophets. Things were not going as planned at all.

I struggled with this text this week because I feel like we are in a Second Temple kind of situation. If we only look at what’s happening here at Hanscom Park church, we are doing pretty darn good. I mean, there are more people in these pews than there have been for a while. We are financially solid. We paid off the air conditioner – admittedly not quite the same accomplishment as building a whole new Temple, but it’s good stuff. We are growing in our faith through small groups, we are welcoming new people and building new relationships. We are doing well if we look just inside this building.

But what about our city? Is our city – is our country – what God has promised? Are children and elderly people safe to gather in our city streets? Are Americans safe to gather in public places like concerts and synagogues and nightclubs? Are we caring for the most vulnerable among us?

When Nehemiah heard from his brother about the state of Jerusalem, he wept. He wept and he sat down and he mourned and fasted for days.

And then he prayed.

First, he prayed to get God’s attention. The next thing he did was confess. He confessed the sins of the people of Israel. He knew that the violence and exploitation of the people in Jerusalem was connected to Israel’s rebellion from God’s desires. He knows the people must turn back to God.

Then, he reminds God of God’s promises. He reminds God that God has promised that if the people return to God and keep God’s commandments, that God would bring them back to Zion and back to Jerusalem. That God would fulfill the words of the prophets.

But Nehemiah doesn’t stop there. He asks God for help, so that he can do something about it. He doesn’t complain to God and ask God to fix it, and then go back to his cushy job of being the cupbearer to the king. He asks God to move King Artaxerxes to allow him, Nehemiah, to go to Jerusalem. Nehemiah uses his power and position to do God’s work. Someone has to get those walls built, and someone has to confront the people of Jerusalem about their unfaithfulness, and Nehemiah knows he can be that someone – with God’s help.

The rest of the story is that Nehemiah goes to Jerusalem, and he leads the people to rebuild the walls in 52 days. He reminds the people of their covenant with God and their promise of faithfulness. And the people returned from the east and from the west to live in the holy city.

But the first thing Nehemiah did, when he heard about the state of city, was to weep. He let his heart be broken for the thing that was breaking God’s heart. Are we courageous enough to look at the state of our world and weep?

Can we look at the state of our world and weep?

I have to tell you that when I heard about the most recent shooting, I recalled all the shootings we have prayed for since I started here as you pastor. I’ve been here less than a year-and-a-half. I’ve stood in front of you and prayed about a mass shooting so many times. It’s been so many that I went right to Psalm 13. I prayed, “How Long, O Lord? Will you forget me forever? How long will you hide your face from me?”

And I heard the words back: “How long will you keep killing each other?”

I believe God still has a dream for our world… a dream where old men and old women can gather in the city streets, where children can play in a safe city square, where the most vulnerable people can walk down the sidewalk, can walk into a church, can walk into synagogue, can walk into a nightclub, can go to a concert, can open their mail, can walk through a dark parking lot at night, and not have to fear.

I believe we can repent of our complicity with this violence.

Now. Can we do something about it?

Yes, we are safe here in our temple. We are doing fine as a church. But God wants something more than that. God wants the restoration, God wants shalom (peace and prosperity) for everyone. That’s what we are up to here. We are being transformed and empowered by Christ in this place, so that we can be a part of God’s dream for the world.

I think we ready to make a turn. We have our temple. We are solid here. We are growing in our faith. You have been faithful to this place and to one another, and I am grateful. But there is a broken and hurting world outside our door that needs us.

We are going to play a part in the healing of this nation, in the fulfilling of God’s dream, in the restoration of God’s kingdom.

And we are going to need prayer…and God’s help to do it.

QUESTIONS FOR REFLECTION AND DISCUSSION