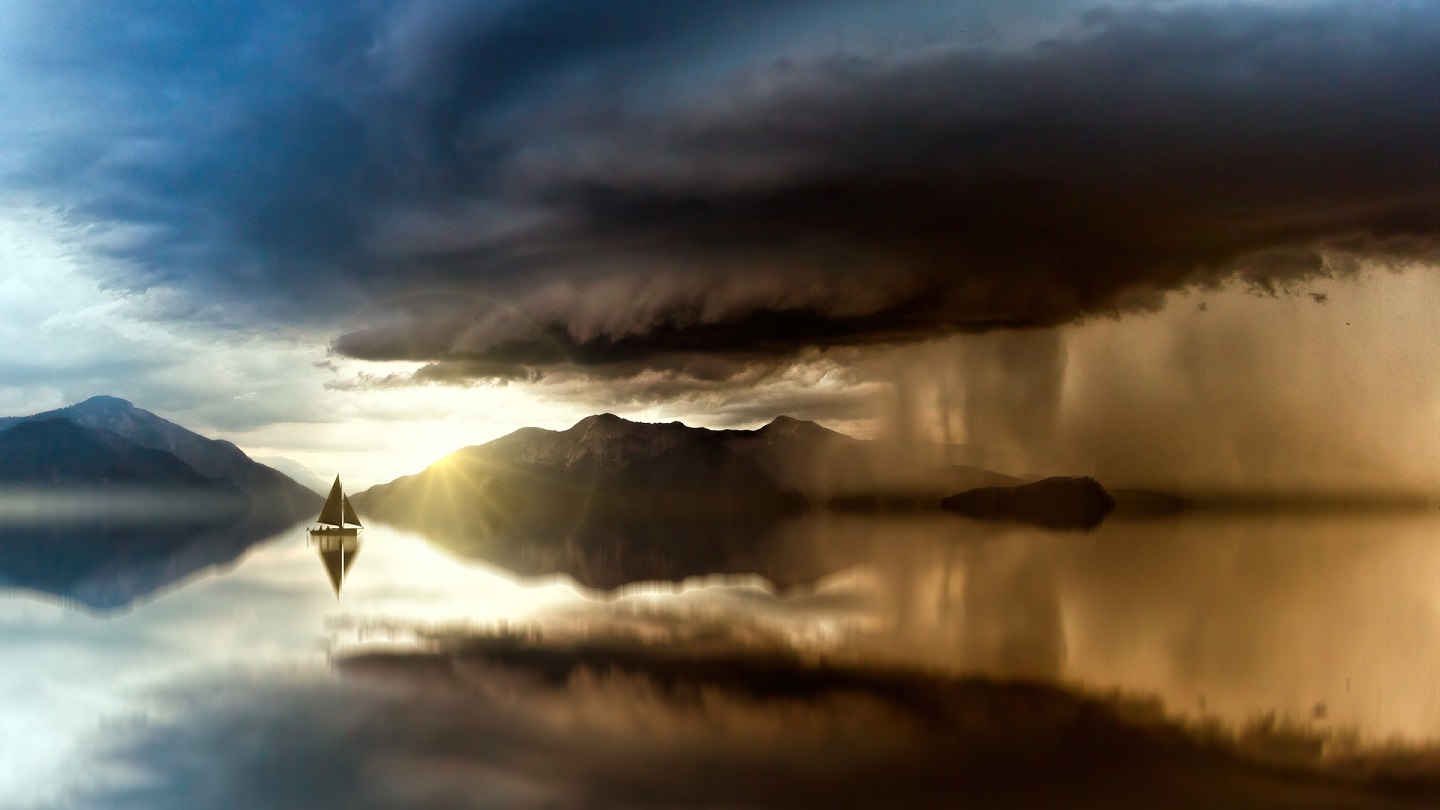 We are singing some great classic hymns today, right? “Precious Lord, Take My Hand,” “Stand by Me,” “Leaning on the Everlasting Arms.” How do y’all feel about those? Do you like those hymns? Do they resonate with you?

I have a confession to make. I have a tense relationship with these kinds of hymns. You may not know this about me, but I can be pretty cynical. Shocking, right? I know. It’s not a good look for a pastor.

But if I’m being 100% honest, I will tell you these hymns sometimes make me uncomfortable. Sometimes I hear them, and I feel like they kind of minimize the suffering that we experience in this life. I hear that in two ways. First, I worry that they are using the promise of eternal life with God after death as an excuse not to engage with the reality of this life. Like “Sure, you’re suffering now, but things will be fine after you are dead. So suck it up.” My interior voice tells me to “suck it up” a lot. I will mention that I don’t think that is God’s voice.

But when I hear the words, “Precious, Lord, Take my hand. Lead me home…” well, sometimes I think home is a metaphor for the afterlife, and I think: “Well, sure, eternal life with God is going to be amazing, but I am suffering right now.”

The second way I worry that these hymns minimize suffering is that they sometimes seem to offer a promise of escape from our human reality. I worry, that by saying in God’s arms, we are “safe and secure from all alarms,” it means that if we have faith, nothing bad will even happen to us. God will somehow protect us from all the suffering of life. We will never have to experience illness or loss or struggle. God will keep us safe and secure from all that.

That would be great, but those of us who have been around awhile and who have been through some stuff…and even those of us who have lived the luckiest, most privileged life, we know that people do not always get to avoid suffering. In fact, we all experience illness and decline and death. If we are being honest with ourselves about the reality of life, we see that. We see that the God who is Love desires all good things for us – but also does not control us or creation in the way we might hope, and so sometimes, the worst does happen. Sometimes, God doesn’t take us by the hand so that we can escape suffering. God takes us by the hand and holds us in Her arms right in the middle of it.

Today’s scripture reassures us of God’s presence in the storm. As you heard, the disciples had gone ahead of Jesus and they are in their boat, going across the Sea of Galilee. It is night time. It is dark. The winds kick up and they are afraid that their boat is going to sink, that they are going to be overwhelmed by the storm.

All of a sudden, they see Jesus walking on the water toward them. Such is the power of God to show up when we are unmoored and frightened and afraid in life. Of course, the disciples are a little freaked out by this display of power. But Jesus reassures them and says, “Take heart! Do not be afraid!”

Now, Peter, the most enthusiastic disciple, is so confident in Jesus’ power that he asks if Jesus will give him the power to walk on water as well. Peter trusts that if Jesus just says the word, Peter too will be able to overcome the storm. And Jesus says, “Okay, Peter. Come on out.”

Peter actually starts walking on the water. But then the scripture tells us, Peter noticed the strong wind. He became frightened, and that’s when he began to sink. And he cried out, “Lord, save me!” So, Jesus immediately reached out his hand and caught him, saying to Peter, “You of little faith, why did you doubt?”

Now, when I was growing up, I was taught that this was Jesus chastising Peter. Like, Jesus was saying it with a big eyeroll and a sigh. “Come ON, Peter, where’s your faith? What is your problem?” Apparently, Jesus was kind of a jerk in the eyes of the people who taught me that. This does not seem to be the response of a kind friend, much less the God-who-is-love-incarnate.

Adam Hamilton points out in his book on Simon Peter, Peter was the only one of the twelve who had the faith to step out of the boat in the first place. Hamilton writes about it this way, “I think Jesus was expressing the kind of disappointment I would express to my daughters as they were growing up and gave up too quickly on something they could have conquered if they had only kept at it. I imagine Jesus meaning something like: ‘Peter, why did you look away? I had you! You didn’t need to worry! If only you had trusted me.’”[1]

Jesus could have held Peter up, could have kept him from drowning, even as the storm raged around him…if Peter just would have kept his eyes on Jesus. I can be like Peter. When things are difficult, when there is conflict, when I am feeling worried about the church or my family, it is easy to take my eyes of Jesus. It is easy to forget that while Jesus doesn’t always calm the storm, He can see me through it if I trust in him.

Now, you might look at me and say, “Pastor Chris, you have a darn easy life. Why should I listen to you tell me that Jesus can get me through what I am suffering?” And I would tell you that is totally legitimate…and I would relate. Remember that cynicism I told you about before? Well, I think that’s part of my problem with these hymns. Like, “Who are these people telling me that God will get me through my troubles? What do they know about suffering?”

Well, turns out, it’s a lot. In fact, Adam Hamilton in his book, talks about the hymn “Precious Lord, Take My Hand.” Hamilton writes, “Thomas Dorsey, [known as] the father of black gospel …wrote the hymn…after his wife died in childbirth…When he wrote [it], Thomas Dorsey was sinking, and the only one who might rescue him from his inconsolable grief was the one who took Simon Peter’s hand.” [2]

Charles Albert Tindley, who wrote “Stand by Me” knew more-than-a-little about the storms of life, having lost his mother at age 2. His father struggled to feed him and so as a youth, Tindley (a free black man) had to work alongside slaves for a meagre salary to help keep the family afloat. As an adult, he moved to Philadelphia and was a janitor for fifteen years at Bainbridge Methodist Church. He never got a degree but sought theological education, including learning Greek and Hebrew from whatever avenue was available to him. In 1902, he was appointed to be the pastor at the church he had once cleaned. He was met, at first, with no little amount of disdain because of that.[3]

Tindley was an incredibly gifted preacher and composer, and he quickly won over the doubters. During his time as their pastor, he wrote “Stand by Me” to encourage his congregation who in the early 20th-century experienced severe poverty and racial discrimination. Under his care, the congregation grew to over 10,000 members and became one of the only multiracial churches in the US at the time.[4] Tindley’s words in his sermons and songs meant so much to his community that a new church was built and renamed Tindley Temple.

One of my favorite hymns to sing is “It is Well with My Soul.” But I was suspect of it when I first heard it. I mean, it sounds kind of escapist to me. Oh, everything will be fine. We will all be happy. It is well with my soul.

But that’s not what was going on when Horatio G. Spafford wrote it. Having lost a two-year-old son to illness and then all of his property and fortune to the Great Chicago Fire of 1871, Spafford had planned a sea voyage to England with his wife and four daughters. Business kept Spafford behind, and he sent his wife and daughter ahead on a ship. That ship sank off the coast of England. A number of days later, the survivors were brought to Cardiff, Wales. Mr. Spafford received a cable from his wife that said only, “Saved alone.” A historian writes, “Spafford left immediately to join his wife. This hymn is said to have been penned as he approached the area of the ocean thought to be where the ship carrying his daughters had sunk.” [5]

I cannot imagine writing a hymn saying “It is Well with My Soul” in such circumstances. I can be cynical, but I will trust the words of someone who had that kind of faith, that kind of hope…that Jesus could carry them through even this.

You know what else helps me have faith? Singing these songs with all of you. Because I know that when my faith is faltering, there is someone in this room who was been through some stuff – and look at them still singing! I need Jesus, and I need you, too. That’s why God gave us one another. We need to sing these songs together, to remind each other to keep our eyes not on the storm, but on Jesus. Together, we can trust in God’s almighty love to carry us through.

So would you sing with me? I need the choir’s help here, too. Choir, would you come out in front of the altar? Jannene – help us out on the piano. Will you all stand as you are able and sing with me?

Whatever my lot, Thou hast taught me to say,

It is well with my soul,

If Jordan above me shall roll,

No pang shall be mine, for in death as in life

Thou wilt whisper Thy peace to my soul.

It is well with my soul,

1) What song or hymn gives you comfort or courage in difficult times? Can you think of a particular time when that song meant a lot to you?

2) Has there ever been a time in your life when your faith got you through a situation – not necessarily by giving you hope that you would escape it, but by knowing that God was carrying you through the difficulty?

3) Have you ever inspired by seeing or hearing the strength of someone else’s faith? Who was that person? What did they do to show their faith? How did it impact you?