A Sermon by Rev. Chris Jorgensen

He put before them another parable: “The kingdom of heaven is like a mustard seed that someone took and sowed in his field; it is the smallest of all the seeds, but when it has grown it is the greatest of shrubs and becomes a tree, so that the birds of the air come and make nests in its branches.” 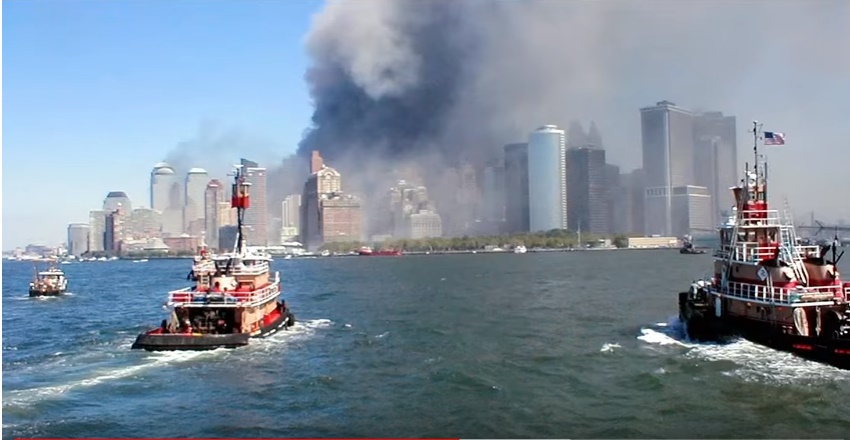 Well friends, it has been a difficult week for our part of the world. As we meet here, a second major hurricane, Irma, is making landfall in Florida. Of course, cleanup from Harvey in Texas has really just begun. There was an earthquake affecting southern Mexico and Guatemala on Friday. There are wildfires burning in nine Western states. Besides those natural disasters, there was the announcement that DACA will end in six months if there is no congressional action – removing protection from 800,000 young immigrants who were brought here illegally as children. North Korea continues to test nuclear weapons. And to top it all off, tomorrow will be the 16th anniversary of 9/11.

The scripture we heard is not kidding. The kingdom of heaven is sure like mustard seed these days. Since that scripture was so short, I want us to take a moment to hear it again. Hear these words from the Gospel of Matthew:

[Jesus] put before them another parable: “The kingdom of heaven is like a mustard seed that someone took and sowed in his field; it is the smallest of all the seeds, but when it has grown it is the greatest of shrubs and becomes a tree, so that the birds of the air come and make nests in its branches.”

The kingdom of heaven is like a mustard seed. The scripture says it is the smallest of all seeds – which is something of an exaggeration, but that’s okay. This isn’t a botany lesson here. Jesus is trying to make a point using a parable, a story, something he did a lot when he was teaching. Here he is talking about the “kingdom of heaven” or “kingdom of God.” Those phrases can really be used interchangeably. Matthew, our gospel writer, was a Jew writing to other Jews. And he avoids using the word “God” because of the Jewish tradition of not writing or saying the divine name aloud. By contrast, in the Gospel of Luke, for example, you will find these same parables talking about the “kingdom of God.”

So the kingdom of heaven, or the kingdom of God, says Jesus, is like a mustard seed. It is tiny. It is buried. It is planted in a field. And once planted, it is probably rather hard to find again. But, but! From that tiny beginning, that tiny seed, a great tree grows, and it becomes the greatest of trees, so big that even birds can make their home in it. Now, this is also a botanical exaggeration. The mustard seed does not turn into a tree. It turns into a bush. And, yes, it’s very big compared to the seed. But it is not the largest, and it’s a shrub, not a tree.

So why would Jesus say this? Was he just really bad at horticulture? Did he flunk his botany class? No. Commentators suggest that Jesus knew exactly what he was doing. First, he was just using exaggeration to make a point that would not be forgotten. But secondly, he was making a point that the growth and potential of the kingdom of heaven to spread is beyond anything that nature could do itself.

When God is involved, the potential of a tiny mustard seed doesn’t just become a mustard bush – it becomes something that defies expectations, something that stretches our imaginations, something really beyond our comprehension. Sure, we can imagine how a tiny seed grows into a big tree, but the kingdom of God is even more of a miracle than that – a miracle that Jesus himself could only describe using metaphors and comparisons and stories.

But one thing that Jesus tells us directly is that the kingdom of God has come near. It is present right now. Even if it’s just the size of a mustard seed. Even if it’s hidden amidst the hurricanes and the fires and the political controversy and threats of war, it is here. And because it’s a seed, it is going to grow. When Jesus talks about the kingdom, it is something that is present, but there is also a promise that one day it was come to fullness. One day that seed will be a tree in which not just the birds, but all of us will find safety and peace and refuge. The kingdom is not fully established until every person, nation and social system conforms completely to the will of God. And we know that is a long time coming. But as James Bryant Smith writes about the kingdom, “Yes, one day it will be the governing power over the entire universe, but for now it is intended to be the governing power over you and me.” (Smith, Good and Beautiful Life, p. 42).

As Christians, we are invited to participate in the kingdom of God. Right here. Right now. We are invited to be a part of God’s beautiful story of love and peace and joy and justice. But it’s just a mustard seed, so we have to look for it. We have to listen for it.

The 43rd chapter of the Book of Isaiah in the Hebrew Bible – what we sometimes call the Old Testament, records an oracle – a message – from God to the Israelites. At the time, the Israelites were living in exile in Babylon. Their city, their homes, and even their temple has been destroyed. They have been taken off into exile, into a foreign land. It is the lowest point that they have experienced in their lives – possibly the lowest point that the Israelites as a people have ever seen to that day.

And in the midst of that low and desperate situation, God says through Isaiah, “Behold, I am doing a new thing; now it springs forth, do you not perceive it?”

“Behold I am doing a new thing… do you not perceive it?”

The kingdom of God is among us. Do you not perceive it?

I believe I have perceived it even in the crises we have been experiencing. I perceived it when I saw a photo of the “Cajun navy” – a bunch of outdoors-folks from Louisiana with boats who hit the highways in mass to help rescue people from the floods in Houston. I perceived it when I read about the woman in labor who was rescued by both firefighters – and plain old neighbors – who formed a human chain through flood waters, to reach her, so she could get to the hospital.

I perceived it when I watched a video of a Houston reporter, who kept the station running from her truck because the studio had to be evacuated. She was live on air out in the rain when she noticed, on the road below the bridge she was standing on, a semi-truck that was in water almost to its windows. And the driver was still inside. So she stops her reporting, and flags down a vehicle with a boat behind it that is driving by on the highway, and asks them if they are heading to help the semi-driver. In fact, they were not. They didn’t even know he was down there. So she tells them where he is, and the guys in the truck launch their boat and pull the truck driver out just before the water breaches his truck’s windows.

One more story. There were so many.

I perceived the kingdom of God when I read about four bakers that got trapped inside a Mexican bakery for two days – and when the owner of the bakery could finally get to them, he found that his employees had put their energy into baking bread for people in need. In fact, they had filled every shelf and display case in the store – bread that was then delivered to various shelters and to a police station. Hearing about the story, a person from Cincinnati offered to donate money to the bakery to help defray the costs of the 4,000-some loaves of bread that were given away.

Now, why would people risk themselves and give of themselves in these ways? Because the kingdom of heaven is like a mustard seed. It seems hidden, but it is all around us. It is also inside us. Whenever we sense the call to love others in small or heroic ways, we are perceiving the kingdom of God. And in every moment, we have the chance to be a part of it.

Sometimes we have the chance to act in big ways, like in the face of remarkable crises. But many times, most times, we have the chance to act in heroically small ways: like sitting with a friend as his spouse undergoes an operation, like dragging yourself out of bed for the fifth time when your sick child cries out, like sorting through piles of garage-sale donations to help support the church, like fixing the sidewalk so no one trips, like giving of your precious time to help when you could have been doing a million other things, like voting against your own interests because you know it will help your most vulnerable neighbors.

Whenever you act out of the pull of love and compassion and care for others – that is the kingdom of God inside of you. And as people of God, our story is to seek the kingdom, to listen for it, to see it, and to have the courage to be a part of it. In small ways, and yes, sometimes in very big ways.

So, when I moved out to New Jersey five years ago, it was the first time I met people – lots of people – who had directly experienced 9/11. And my best friend Jerry told me about how he had been working in Manhattan that day. Now you may or may not know that Manhattan is an island. And Jerry told me how scary it was, because after the planes hit the towers, immediately the city had to shut down the bridges and tunnels and trains and subways. And so it was extremely difficult for him – and many, many others – to get home.

It was a terrible day in our history. We witnessed acts of violence and evil, and so many lives were lost.

But friends, even on our very worst day, the kingdom of God is among us.

Let’s take a look at this video.

Even on our very worst day, the kingdom of God is among us and inside us.