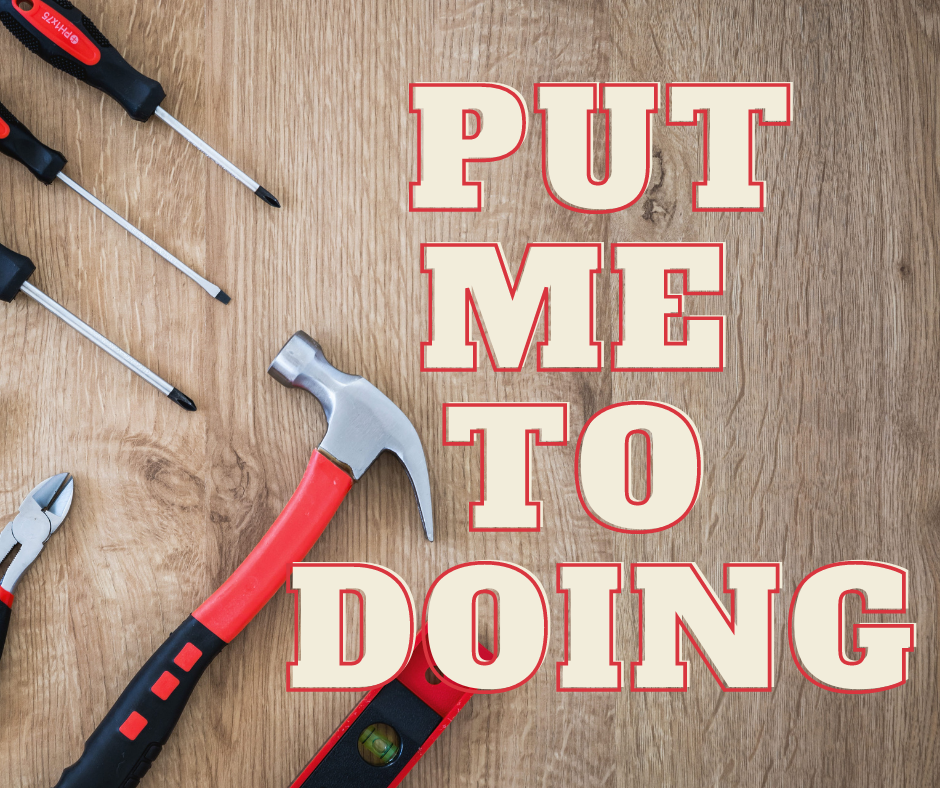 The year was 1997. It was my senior year of college. I was taking an Advanced Poetry Writing class, and we had the opportunity to have one of our poems critiqued by a poet-in-residence, Edward Hirsch. Now, Hirsch was quite renowned. His books of poetry had won awards. He was a professor of poetry at a large university, and we were at just small, little college. He was a well-published literary critic. He was also very tall if I remember correctly. He was a fairly imposing man. I was very intimidated by him.

So I was dreading going to meet with him. I thought he was going to be super critical of the poem I had submitted. I mean his job was to give us feedback. He was a critic – what else would I expect? But, to my utter surprise, he liked my poem. In fact, he told me it was the best poem out of anyone in the class. He then gave me some suggestions on how to improve it, but he was generally very kind and encouraging.

I thought about that this week while meditating on this section of our Wesleyan Covenant Prayer:

Put me to doing, put me to suffering.

Let me be employed by thee or laid aside for thee,

exalted for thee or brought low for thee.

I mean, just look at what St. Paul says in today’s scripture. He starts this off kind of mocking the good people of Corinth. Paul can be a little bit of a jerk. He’s telling them that they’ve got the life of faith all wrong. He says to them, “Look at you living like kings! Must be nice!” He’s giving them a hard time because they seem to think that following Jesus means that they are going to have it easy. God is going to give them all the advantages. They won’t have to work hard or worry about anything.

He is not shy in correcting them. He’s like, “Sure, you think this is what following Jesus is all about? Living like kings? Having people like you and honor you?” He then catalogs all the crap he’s had to endure as an apostle of Jesus. It is the exact opposite of these Corinthians who are living like kings.

Paul says, “we apostles ‘have become a spectacle to the world, … You [Corinthians] are held in honor, but we in disrepute. 11 To the present hour we are hungry and thirsty, we are poorly clothed and beaten and homeless, 12 and we grow weary from the work of our own hands. [We are] reviled…persecuted…slandered…We have become like the rubbish of the world, the dregs of all things, to this very day.’”

Paul had all these problems. He got all this pushback because he was not just being nice and flying under the radar. This is what happens to apostles when they stick their necks out and try to change the world. Paul was willing to get out there and ruffle some feathers. He was jailed and hated sometimes.

Yet it’s a darn good thing he did it…because one could argue that without Paul, Christianity might have died out. We might not even be here today without the work Paul did. He was that important.

Paul had what Rev. Rebekah Simon-Peter calls “a Jesus-like dream.” He had a world-transforming goal. He wanted the whole known world to hear the gospel. So he took risks. He knew his message wouldn’t be welcome in many corners, and he spread it anyway. He didn’t care if it made him famous or made him the rubbish of the world. It was not easy, and it eventually cost him his life.

See, how the mission affected him was not Paul’s concern. He had what St. Ignatius termed “holy indifference.” He just did not care. Paul did not care if he was exalted or brought low in pursuit of his Jesus-like dream. He didn’t know if his Jesus-following movement would grow or crumble, but he gave his whole life to it. He did it because he was called.

I try every day to cultivate this kind of holy indifference. It is hard for me because I hate to be criticized, and I hate to fail. Yet, I have been reading my Brené Brown, and I know that if I am not failing once in a while, it means I am not risking enough. I’m not trying hard enough. We are all called, in the service of God, to ask ourselves, “What would you try to do if you knew you could not fail?”

I want you to think about that for a minute. In your life, in your faith, in your service to God and the world: “What would you try to do if you knew you could not fail?”

As followers of Jesus, our mission is not to try to be exalted or try to be brought low. Our mission is simply to try to do what Jesus is calling us to do. These are not small things. They are not inconsequential things. Rev. Rebekah Simon-Peter identifies five aspects of “Jesus-like dreams:”

“1) A Jesus-like dream expands assumptions about what is possible.

2) A Jesus-like dream is bigger than you are.

3) A Jesus-like dream scares you.

4) A Jesus-like dream is about the flourishing of the community, not merely the survival of an institution.

5) A Jesus-like dream inspires and unifies people – including people both in the church and the community.”

Through Pastor Peter’s relationship-building and conversations with community members, we have begun to see glimmers of what that Jesus-like dream might be. We have heard from Refugee Women Rising and the Intercultural Senior Center and Dr. Betty Kola (a psychologist who works with refugees) about the need for a culturally appropriate food pantry in Omaha.

There are lots of food pantries in Omaha, but the vast majority of them offer the same kinds of foods – foods that are simply not eaten by many immigrant and refugee communities. There’s a reason for this. All of the food pantry supply chains are created assuming that Americans are homogenous and eat things like macaroni and cheese and canned green beans. But many New Americans don’t.

A culturally appropriate food pantry is a Jesus-like dream. It is about the flourishing of our beautifully diverse community. It’s about affording people the dignity to eat the foods they know how to cook and want to eat. Very few cities have culturally appropriate food pantries. You know why? Because it’s not easy. It’s not going to be easy. That scares me. Which is also how we know it is a Jesus-like dream.

The same is true of having a multicultural church. They are rare. Because it’s not easy to bring people with racial and cultural differences together and make sure everyone is given access to power and treated with dignity. That part of what we are doing also scares me. Which again, tells me it is a Jesus-like dream.

Heck, I might get sent out to Chadron if this goes sideways. (No offense, Chadron. It’s a very nice town.)

But I’m willing to give it a try.

When I experienced my conversion moment about 12 years ago, when I recognized that I was beloved of God and that my mission was not for me, but for Jesus, I was soon called to this risky business of being a pastor. I was called to use all my gifts, to do something that really matters, and to do it in a very public and open-to-criticism kind of way. I would be exalted or brought low.

You know one thing I do as a pastor? I write poetry. That thing I quit 25 years ago because I couldn’t stand the idea that someone would criticize me – I do it all the time now. With very few exceptions, every opening prayer you’ve ever heard me read is my own poetry.

I couldn’t bear to share that gift when my only motivation was to be exalted. But now it’s okay to be brought low. It’s okay to fail…as long as I am doing it in pursuit of a Jesus-like dream.

Because I am cultivating holy indifference.

What about you, Pastor Peter, you want to be wholly indifferent with me and see if we can make this work?

Okay, so Pastor Peter and I are willing to take some risks in pursuit of this dream. Heck, Pastor Peter moved to Omaha-fricking-Nebraska to do this. From Kenya! They don’t even have winter there. He’s willing to suffer.

But we can’t do this alone. We need this whole church family. So how are you being called to be employed in the Jesus-like dream? Are you willing to be a leader? To risk being exalted because we succeed, or criticized and brought low because we fail? Are you willing to cultivate holy indifference and not care how our success or failure reflects on you? How are you being called to be a part of this dream?

In the next 2-3 years, this little old, working-class church, is going to be exalted as a model for the rest of our whole darn conference in terms of mission and diversity. Or we are going to be brought low, and folks might treat us like Paul. They might revile us or slander us. They might say, “Well, who the heck did that Hanscom Park church think they were? Trying to lead the way in becoming multicultural and starting whole new ministries that no one in Omaha has done before!” That could happen.

I invite you to join me in holy indifference. Because our value does not depend on whether people exalt us or revile us. Our value is already established. We are already loved and cherished by God.

We might fail and be brought low. But we might succeed and get a glimpse of God’s kingdom here and now.

1) What are some ways in your life that you “fly under the radar” or “don’t rock the boat” rather than risk being noticed and either exalted or brought low?

2) What would you try to do in your life if you knew you could not fail?

1)     A Jesus-like dream expands assumptions about what is possible.

4)     A Jesus-like dream is about the flourishing of the community, not merely the survival of an institution.

5)     A Jesus-like dream inspires and unifies people – including people both in the church and the community.